The most significant technology changes with excimer lasers over the years include the following: 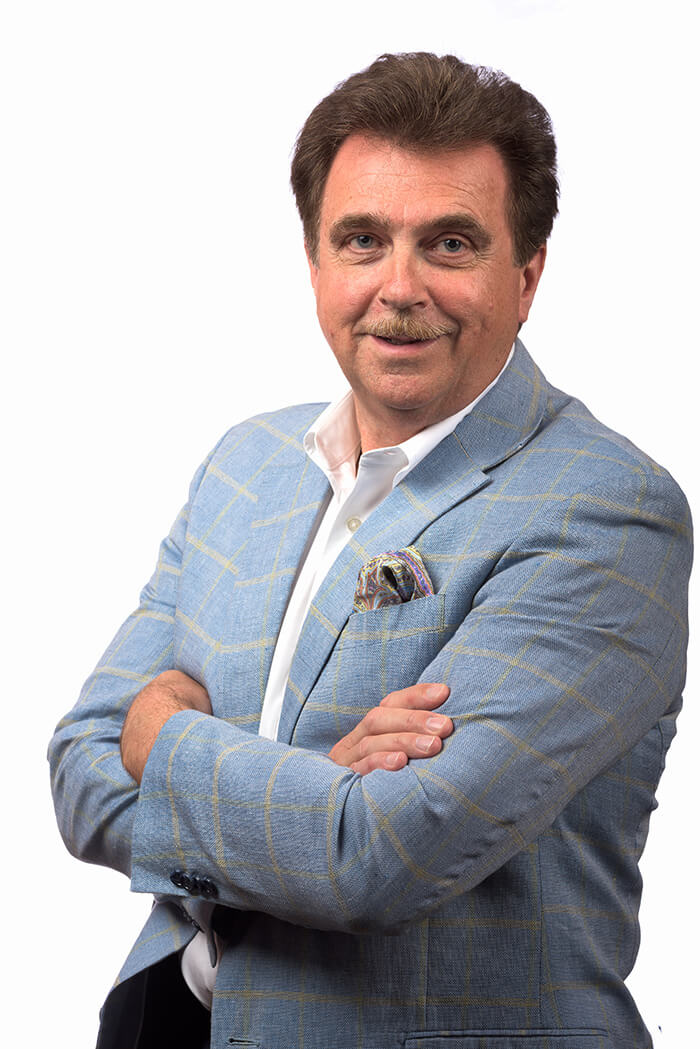 Dr. Brian Will is dedicated to quality care and his patients receive the personalized attention and visual results they need and deserve. Dr. Will provides a safe, effective, and accurate approach to patient diagnosis and treatment.

There is a significant difference between the quality of human vision that can be attained when one compares wavefront treatments, topographic treatments and traditional excimer laser treatments. It is also important to recognize that, even within the broad category of wavefront-guided treatments, all wavefront guided procedures are not created equal. The ability to accurately measure and deliver wavefront guided excimer laser treatments to the eye in a manner that respects the cornea’s physiology is complicated. As a result, not all laser manufacturers are able to deliver the best wavefront technology.

When it comes to wavefront guided technology, the VISX Star S4 IR from Johnson and Johnson Vision® is currently superior to any other technology. Because it uses a very high definition Hartmann-Shack system with over 1000 individual ‘lenslets’ combined with Fourier algorithms to define even the most minute wavefront distortions, it is significantly more precise and more accurate than every other wavefront system in the world, including the WaveLigtht Allegretto from Alcon. The newest iDesign wavefront aberrometer from Johnson and Johnson Vision® is now 5 times more precise than their previous generation wavefront aberrometer (CustomVue) which in turn was 25 times more accurate than glasses and contact lenses.These aberrometry measurements made on the patient’s visual system are processed and then used to directly guide the new customized corneal profile created by the VISX Star S4 IR excimer laser.

In the United States, compared to the VISX Star S4 IR, the second most popular excimer laser system is the WaveLight Allegretto manufactured by Alcon. In contrast to VISX, Alcon suggests their users avoid using its Tscherning’s aberrometer because it has very limited accuracy, a poor dynamic range and uses Zernike interpolation rather than Fourier transformation thereby losing measurement detail. For the vast majority of its treatments, the Alcon WaveLight Allegretto typically does not even use customized wavefront guided technology, choosing to rely on a treatment known as “wavefront optimized”.

The primary application of wavefront technology in the Alcon wavefront optimized algorithm is compensation for what is known as the ‘cosine effect’. The cosine effect refers to the development of excessive positive spherical aberration induced by virtue of less efficient photoablation occurring when the excimer beam strikes the corneal surface more tangentially towards the periphery. Alcon attempts to correct for the cosine problem by applying additional laser pulses to the peripheral cornea. However, because this is a one-size-fits-all approach, patients that present with negative spherical aberration preoperatively may have their aberrations made worse.

Although, on average, the wavefront optimized is superior to the older broad beam technology that did not have cosine compensation, it represents a very blunt edged tool that fails to provide surgeons with the same level of personalized customization of the corneal treatment profile that can be delivered using a truly wavefront guided approach. One fact not fully understood by many Lasik surgeons is that the Johnson and Johnson Vision® -VISX family of lasers has included cosine compensation in all of their laser systems since 1991.

As a result, in the United States, patients who want the best visual result from Lasik have only one choice that delivers wavefront guided treatments. That system is the VISX Star S4 IR.

Topographically guided excimer laser treatments have become available in recent years. Although there are many challenges to developing a successful topographically driven excimer algorithm, the most challenging issue is the inaccuracy inherent in measuring corneal height data. Such errors are particularly large compared to wavefront measurements. Corneal topography or tomography devices available today are at best accurate to a few microns, particularly in the corneal periphery. This is because data interpolation errors inherent in the measurement process are compounded as one moves from the corneal center to the periphery. As a result, topography driven treatments demonstrate errors in the 0.25 diopter range. In contrast, wavefront measurements are accurate and reproducible at the sub-micron level which produces treatments errors that are 25 times smaller in magnitude than topographically derived measurements.

Traditional or conventional excimer laser treatments are the oldest treatment algorithms and are based upon the patient’s subjective refraction. When the surgeon has you look through a series of spherical and cylindrical lenses housed in a device known as a “phoropter” at a Snellen letter chart and asks you which lens is better “lens 1 or lens 2” you are creating a subjective refraction. Such an approach has multiple challenges. First, as noted it is highly “subjective”. The patient must provide correct responses or the final result will be invalid. In addition, the lens technique can only be performed using lenses in 0.25 diopter increments.

In contrast, wavefront measurements or point spread function refractors can objectively define the refractive error of the human eye down to 0.01 diopters. In addition to the subjectivity and lack of precision, the subjective refraction ignores aberrations that adversely affect vision quality such as coma, trefoil, spherical aberration, tetrafoil, pentafoil and higher order astigmatism. The results of treatments based on traditional excimer laser treatments are therefore known to be less accurate, have higher frequencies of needed surgical enhancement and a higher frequency of demonstrating side effects such as halos and glare.

Today, most traditional Lasik is performed at Lasik discount centers because these procedures are significantly less expensive to perform. However, because wavefront guided treatments are more accurate and create fewer such unwanted optical side effects, at Will Vision and Laser Centers we only employ traditional excimer ablation algorithms in the rare event when accurate wavefront measurements are not available.

Will Vision and Laser Centers introduced active eye tracking to the Pacific Northwest in 2001. Prior to that time, accuracy of excimer laser pulse placement on the cornea during Lasik was entirely determined by the ability of a patient to fixate on a blinking target. As scary as this method was for traditional treatment algorithms, it is entirely unsuitable for advanced wavefront or topographically driven treatments.

Compensation for X, Y and Z

Accurate placement of a laser pulse on the corneal surface is dependent upon multiple factors. First, the eye can rapidly move off target in eye motions known as “saccades”. Patient head or eye movement can also cause the entire eye to drift off axis or move closer or further away from the laser delivery system.

For highly complex wavefront or topographically methods the amount of corneal tissue to be removed at any point on the cornea is highly specific. If the eye cyclorotates (turns like the hands of an analog watch) during the excimer laser treatment, the cornea will no longer be positioned towards the laser delivery system in the same orientation that was true when the eye measurements were taken. As a result, a “point-to-point” referencing system is required that defines the orientation of the cornea during the eye measurement as well as during the excimer laser treatment process so that the orientation of the ocular surface is identical between each event.

This point-to-point referencing is called cyclorotation compensation. Currently in the United States, the only excimer laser system capable of cyclorotation compensation is the VISX Star S4 IR from Johnson and Johnson Vision®. The “IR” stands for “iris registration” referring to the complex iris recognition technology used to accurately manage this challenge. The VISX computer system aligns the iris images captured during the measurement process to the iris image that is presented during the treatment event. The computer software then rotates the treatment to align itself to the measurement orientation. This re-alignment occurs actively during the laser photoablation process thereby ensuring true intraoperative point-to-point eye registration.

Unfortunately, other than the VISX Star S4 IR from Johnson and Johnson Vision®, no other US based excimer system uses iris registration or any comparable technology. As a result these other systems systematically ignore cyclotorsion induced treatment errors. These errors are not insignificant. For example, a 5 degree cyclorotation will induce a 20% error in simple astigmatism correction. They can only be ignored at the risk of producing an inaccurate result and having an elevated rate of Lasik retreatment.

All measurements of refractive error are referenced to the patient’s visual axis. The closest approximation that we have to that axis is the center of the patient’s pupil or “pupil centroid”. Just at the eye can cyclorotate, the size of the patient’s pupil is dynamic and depends upon the ambient light level, the state of eye focus and patient emotional state. Moreover, as the pupil dilates (or constricts) the pupil centroid moves. As a result, if we are referencing the excimer laser treatment to the “visual axis” as defined by the pupil centroid, we have a moving target that frequently differs markedly between the measurement event and the treatment event.

The Future's Right Before Your Eyes!

If you’re ready to take the next step in your journey to better vision, contact Will Vision & Laser Centers today. We’re excited to welcome you into our practice and for you to “See the Difference.”

This table below compares and contrasts the advantages and disadvantages of most currently available laser systems in the United States.

While other systems have improved over the years, it is clear that currently the most desirable features are all present on the AMO-VISX Star S4 IR system.

Limited. Manufacturer recommends against using their Tscherning Wavefront system because it is not accurate